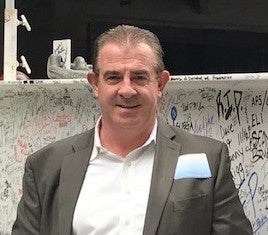 As Interim Director of DBI, O’Riordan leads the nearly 300 members of the Department that oversees the building and life safety of San Francisco’s more than 200,000 commercial and residential buildings in the City’s 49 square miles. Interim Director O’Riordan oversees the effective, efficient, fair and safe code enforcement of the City and County of San Francisco’s building, housing, plumbing, electrical and mechanical codes, as well as disability access regulations. In addition, DBI ensures that building owners maintain habitable housing conditions in the City’s more than 20,000 apartments and 500 residential hotels.

Interim Director O’Riordan’s vision is to maintain transparency, efficiency, accountability and excellent customer service in the provision of DBI’s services and to collaborate with partnering agencies and stakeholders to deliver effective and efficient service to its customers.

O'Riordan brings nearly 35 years of relevant experience to the job, beginning his career in construction in 1985. He has hands-on field experience from working as a carpenter and foreman, and from 1992 to 2000, as a general contractor.

Over the three decades he has worked in the industry, O’Riordan has taken a proactive, open and collaborative approach to engaging with stakeholders, customers and partners to stay current with the construction industry in San Francisco and implement best practices. He is well known for his engagement with the public and with DBI’s customers.

O’Riordan is originally from County Cork, Ireland. He and his wife have two daughters.